Pastor Simon and Pastor Marilyn, together with their G12 leaders led a Marriage Encounter to help couples renew and strengthen their relationships. Many may think Marriage Encounters are for those couples whose marriages in trouble. But just like a car requires regular maintenance to run smoothly, a marriage also requires attention to ensure it grows from strength to strength.

The biggest threat facing families today is divorce. A 2016 Prudential* survey revealed that 24% of married Singaporeans seriously think about leaving their spouses each week. That is about 1 in every 4 married persons.

(*Based on 2016 Prudential Relationship Index Singapore 21)

The Bible states very clearly in Genesis 1:28 that God intended marriage to be fruitful and impactful. Scripture talks about increasing in number and taking dominion of the earth!  Can you imagine married couples in unity having such an impact on earth? So often we are troubled by daily squabbles and conflicts that we cannot see the potential of our marriages in God’s hands. It’s time to lay hold of God’s multifold blessings for our marriages by stepping into the Marriage Encounter.

God blessed them and said to them, “Be fruitful and increase in number; fill the earth and subdue it. Rule over the fish of the sea and the birds of the sky and over every living creature that moves on the ground.” - Genesis 1:28 (NIV)

Pastor Simon and Pastor Marilyn, together with their G12 team, imparted their life-long learning to the couples. 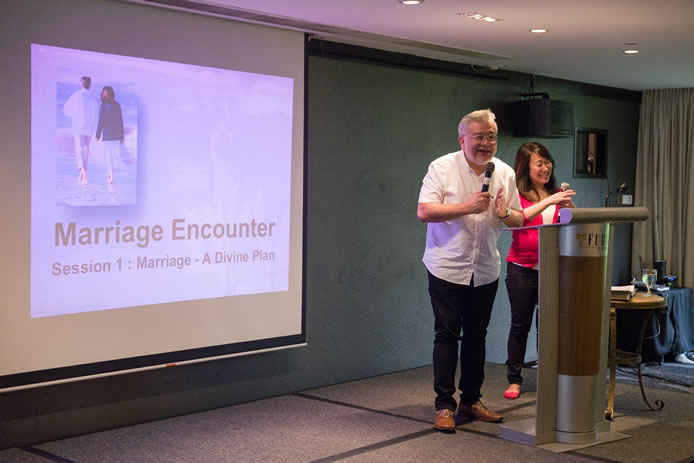 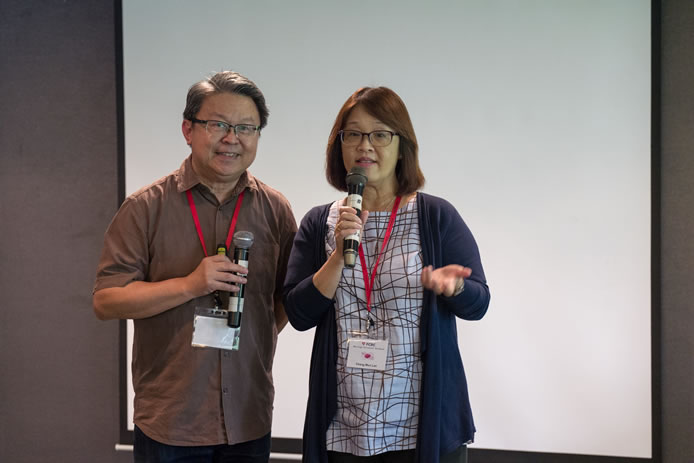 Edmund & Mun Lan (Pastors’ 12) shared how marriages can grow in intimacy through communication and conflict resolution. 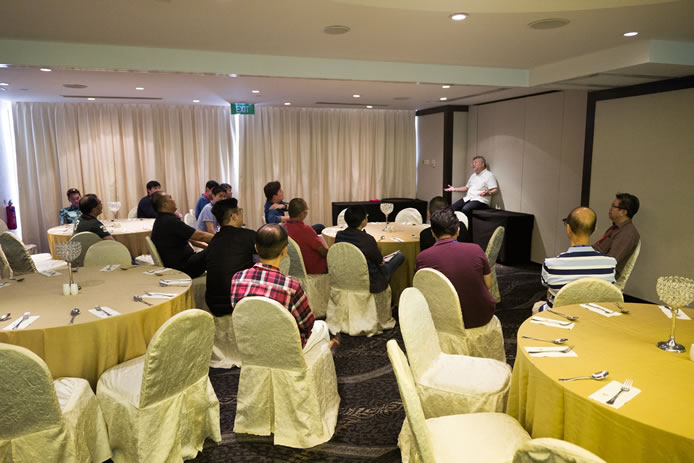 Pastor Simon & his team addressing the husbands on sexuality. 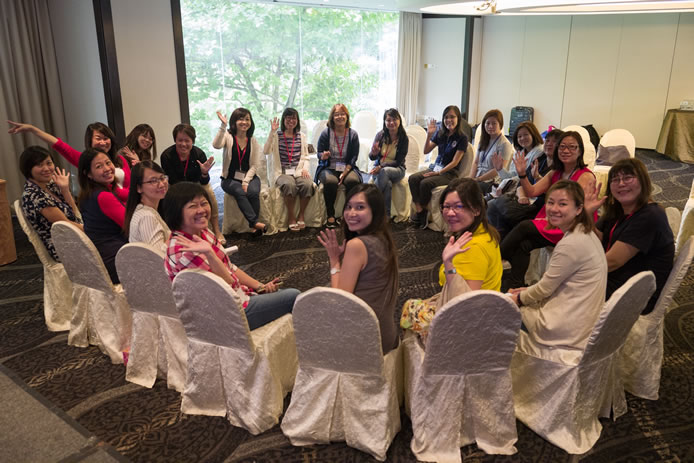 Pastor Marilyn & her 12 sharing with the wives on sexuality. 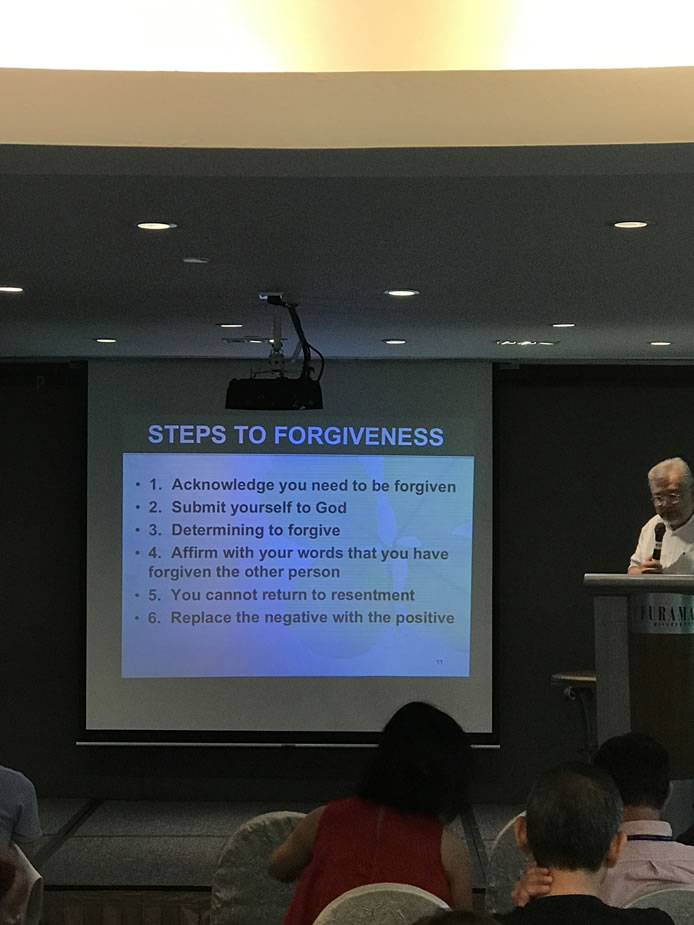 Pastor Simon helping couples to understand that marriages can be healed through forgiveness. 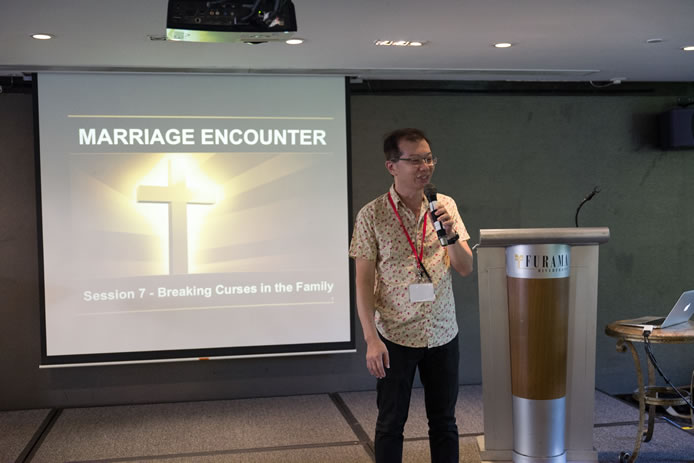 Kenneth (Pastors’ 12) explained that Jesus is able break curses in families so that marriages can prosper. 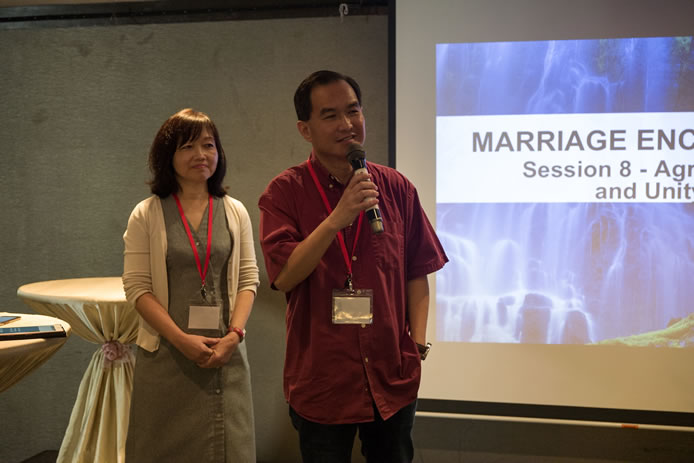 Peter & Harriet (Pastors’ 12) shared that couples must unite in spirit, soul and body to experience the power of agreement and unity in a marriage. 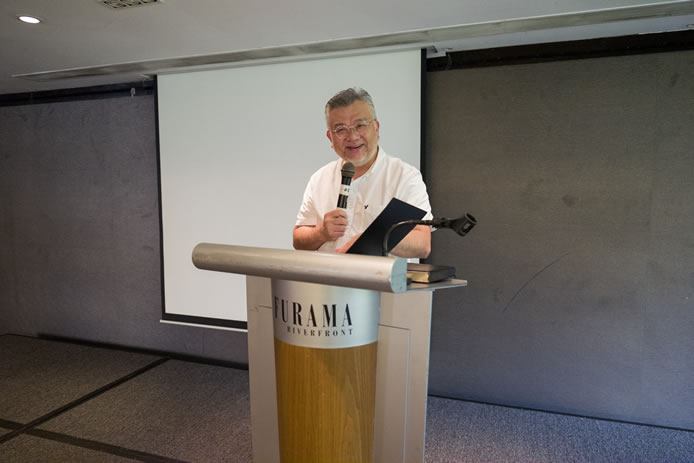 Pastor Simon gave personal examples of how he raised godly children using biblical principles. He also urged couples to heed the call of God for their marriages as stated in Genesis 1:28.

After every teaching session, couples were given time to apply what they learned to their marriage. As they discussed their issues, the G12 leaders were ready and prepared to minister to them. It was wonderful to witness the move of the Holy Spirit touching the hearts of couples and anointing the leaders to minister to the wounded. 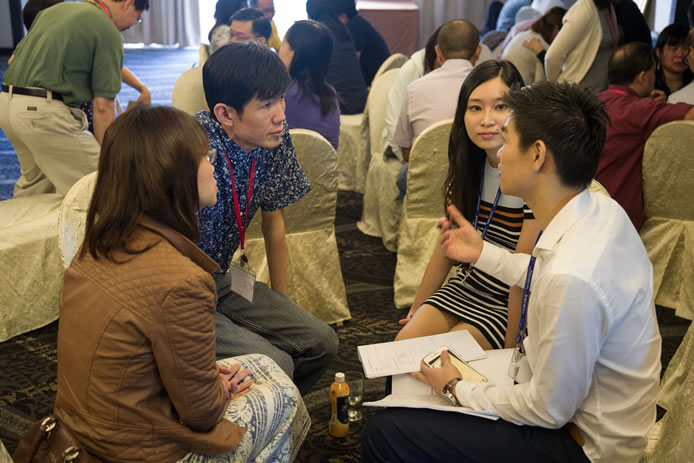 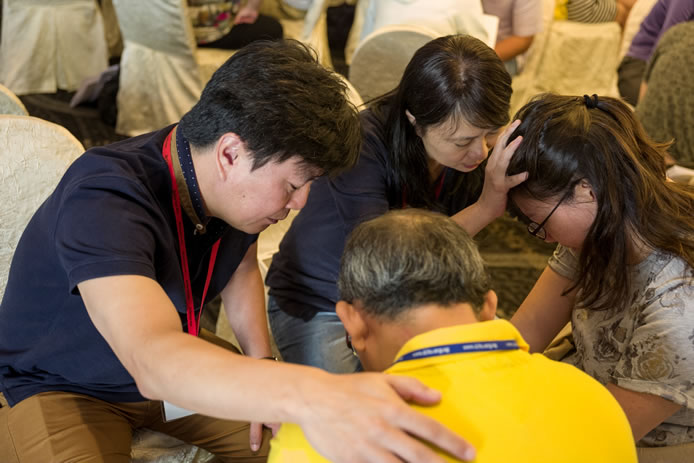 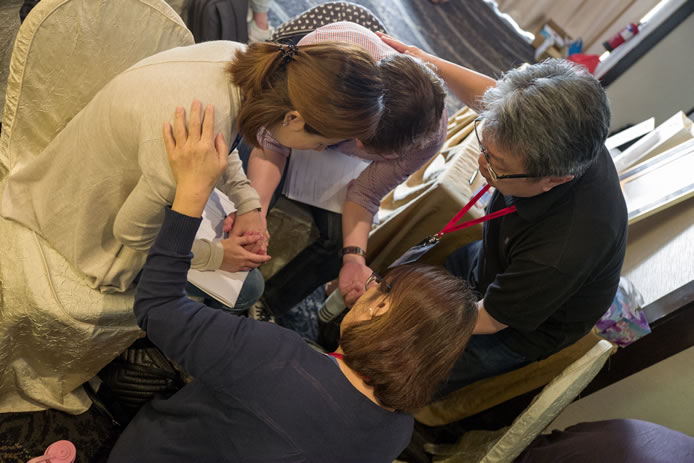 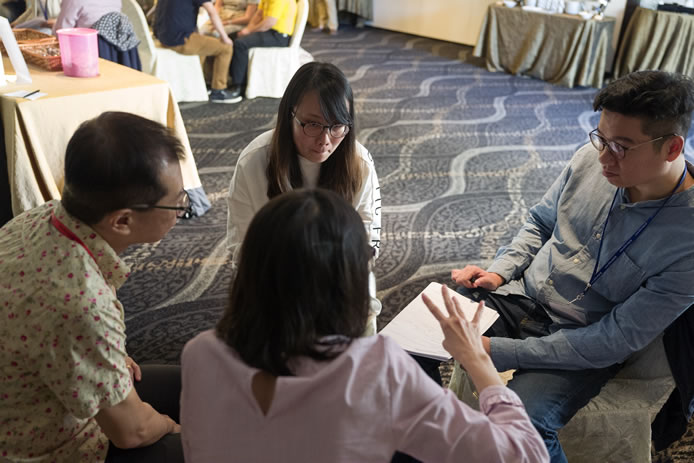 The participants were very appreciative of the open and honest sharing by the leaders. 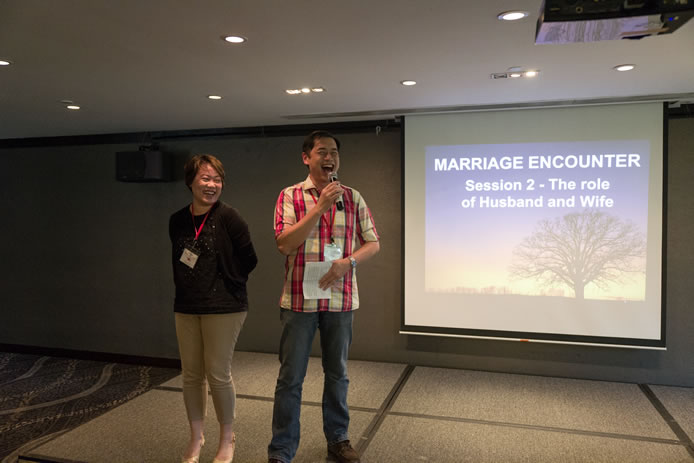 Daniel & Li Lin (Pastors’ 12) shared how they fulfilled the role of husband and wife as instructed in the Bible. 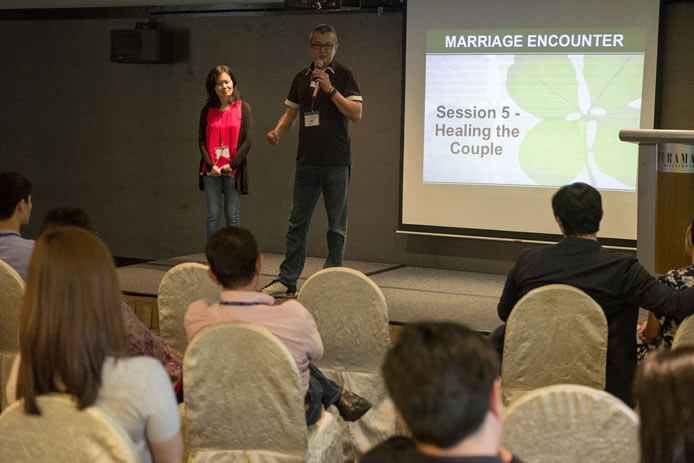 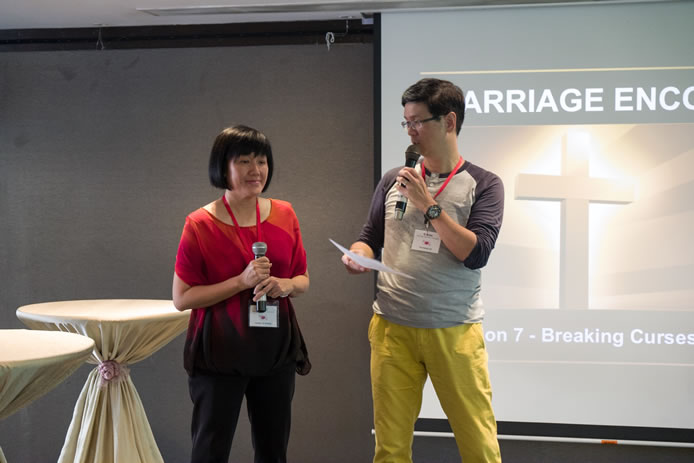 Keng Lim & Lai Cheng (Pastors’ 144) shared on the impact of curses on their marriage. 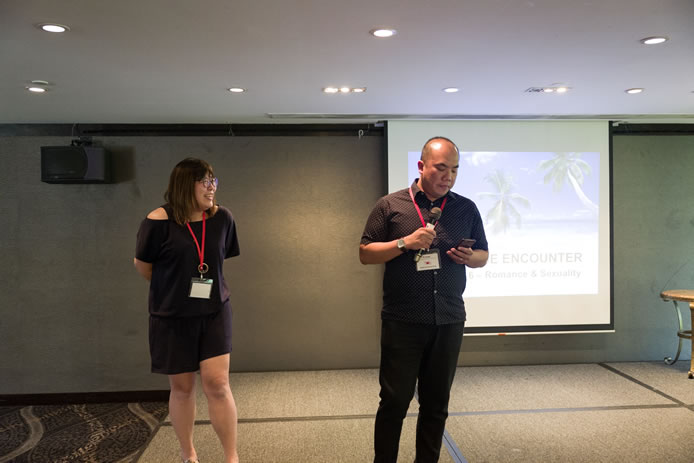 Eddie & Julia (Pastors’ 144) shared with much humour, how sex is important in bringing couples closer together. 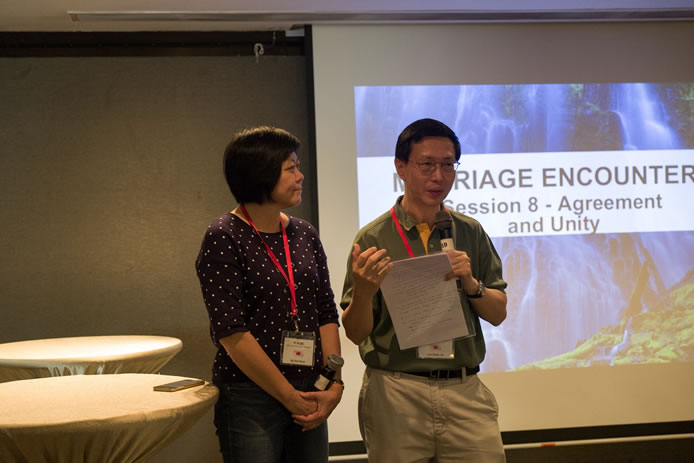 Hwee Tat & Siew Boon (Pastors’ 12) shared on the importance of agreement & unity between couples, especially during a crisis. 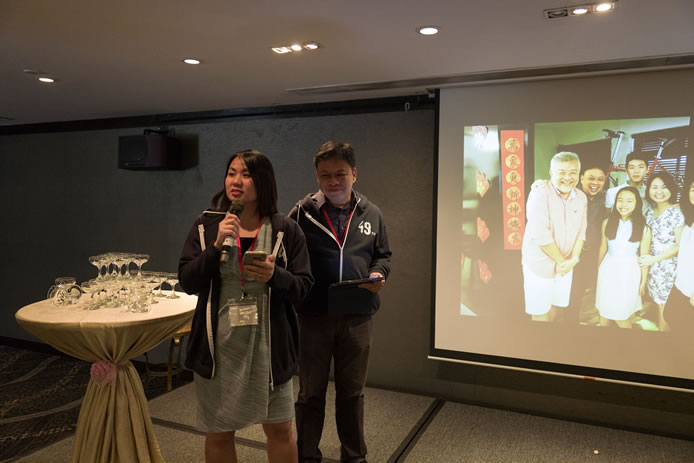 Stephen & Siew Ping (Pastors’ 12) shared how they raised their children according to God’s way.

At the closing of the Encounter, the couples came together to renew their marriage vows. Pastor Simon shared a message from 1 Corinthians 13 exhorting the couples to hold on to the true love they share with their spouse as true love is always enriching, edifying and enduring. The couples also took Holy Communion together, a reminder that we need to put God first in our marriages. 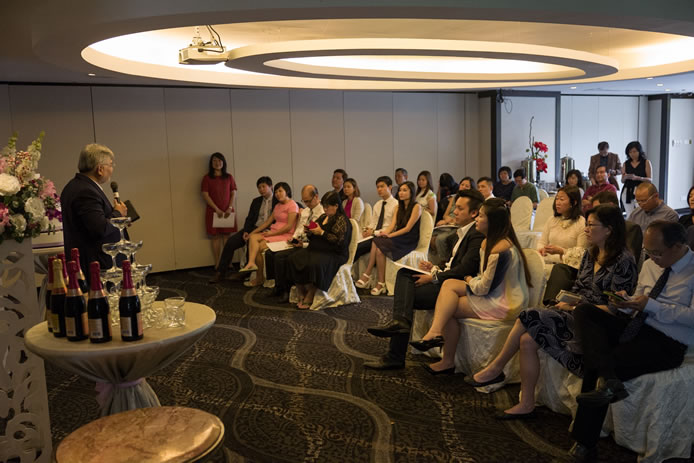 Pastor reminded us to hold on to true love, which is enriching, edifying and enduring. 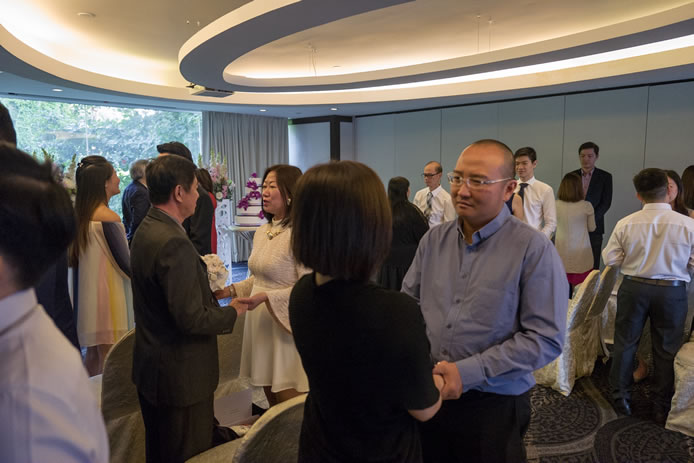 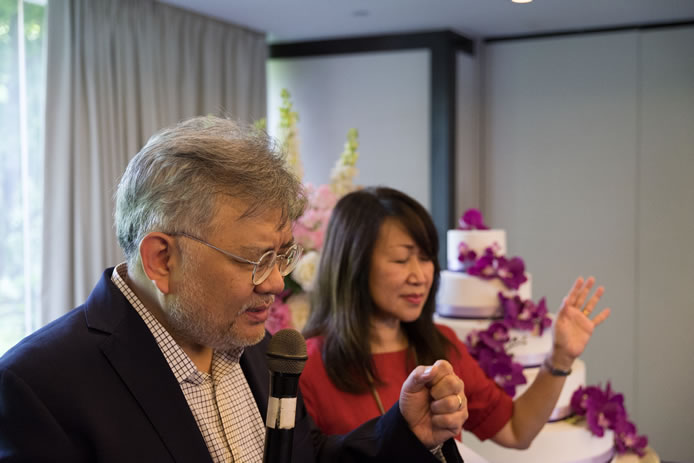 Pastor Simon and Pastor Marilyn praying for the couples. 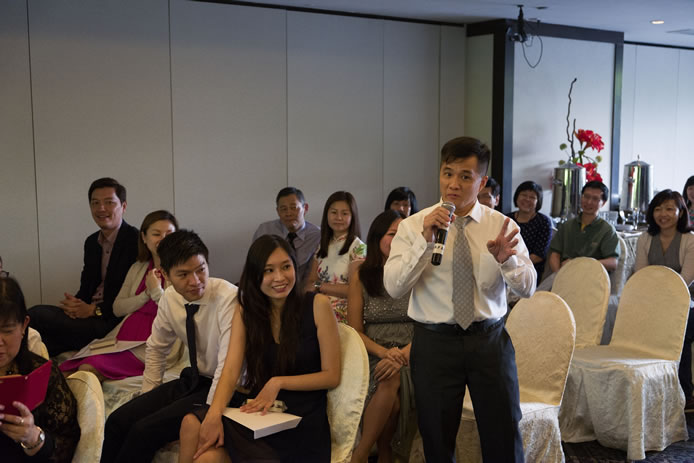 The participants shared their feedback on the Marriage Encounter. 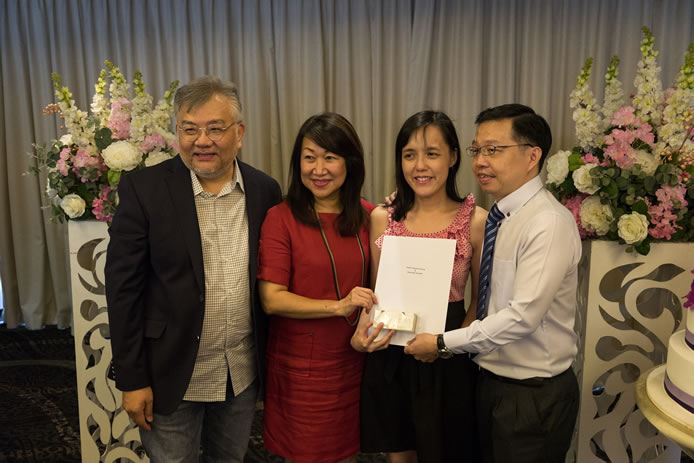 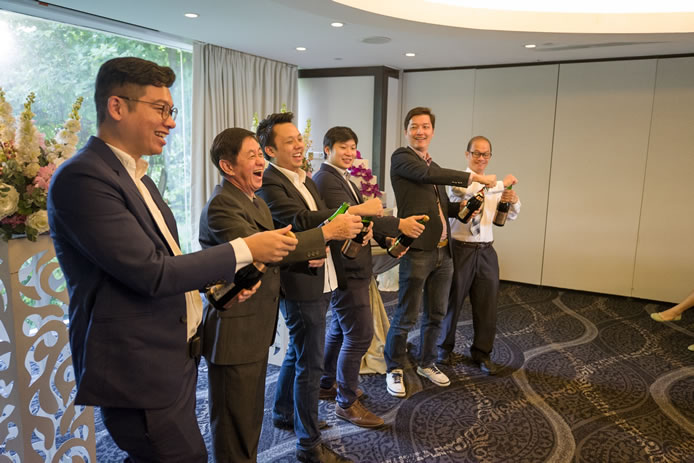 Feedback from the Participants

All the couples shared that they had received abundantly through the two-day Encounter.  After hearing testimonies from the leaders, they realised many couples share similar struggles. Some commented that they should have attended the Marriage Encounter earlier.

The participants were very surprised by how the leaders openly shared their own marital struggles and addressed sensitive issues faced by couples. Throughout the Encounter, they felt there was a safe environment for everyone to share and be ministered to in confidence.

Those who were married for more than 10 years shared that they fought a lot in the first 10 years of their marriage, and as time passed they became indifferent. However, during the Marriage Encounter, they rediscovered their spouse and many tears were shed as they dealt with past hurts. One of the wives compared it to clearing skeletons from the closet.

One of the husbands confessed he was skeptical how the Marriage Encounter could help his own marriage. He even contemplated walking out of the sessions. But he heard a voice telling him to stay, and he obeyed. At the end of the Encounter, his wife testified that their relationship has improved. The husband declared that this Encounter changed him and he would turn to God for help in their marriage from that day onwards.

Many couples discovered that God has to be the centre of a marriage for it to work. Our best effort is not enough to hold a marriage together. Scripture has taught us – a threefold cord is not quickly broken. (Ecclesiastes 4:12)

For those who have children, they discovered there is so much more to the role of a father.  The father is called to be a priest, a prophet and a king to his family. As a priest, he has the high calling from God to minister to both his wife and children.

A pre-believing husband was touched during Marriage Encounter and declared that he has opened his heart to God. He also made a commitment to pray for his children every night.

My husband and I have been very blessed at the Marriage Encounter. We are thankful that the Lord has touched our relationship and brought healing to areas that were broken. Our marriage is far from perfect. But we put our hope in God for “He who began a good work will carry it to completion until the day of Christ Jesus.” (Philippians 1:6) So let’s trust God for the best that’s yet to come!